“At approximately 9:00 hours, we received word of a crowd of anarchist 5 to 7-year-olds screaming and throwing wood chips near the big slide and monkey bars,” said Police Chief Frederic Sims, noting that upon arrival, the enraged crowd of “thugs” had already begun climbing atop public property.

“Despite officers’ orders to disperse, the mob stood their ground in the spider web and demanded five more minutes. Unfortunately, we had no choice but to proceed with necessary force,” Sims went on, detailing the group who wore shirts emblazoned with a likely gang insignia reading “YMCA.”

Added Sims: “Thankfully, we were able to contain the violence before a suspicious group wielding orange rubber balls near the basketball court was able to join in.”

Sims later advocated calling in the National Guard after a protester hit an officer while yelling, “tag!”

Update: Law enforcement has received word and is currently investigating reports of a “questionable” infant loitering inside the nearby Oscar De La Hoya Labor and Delivery Center.

Heat signatures indicate Sims was last spotted in the accessory section between the tote bags and fringe bandanas eyeing what appeared to be a rustic, wooden sign engraved with the quote “Love With Your Whole Heart.”

Since then, family members claimed they have tried to reach her cellphone, but have yet to receive a call back, or even a single “almost done” text message.

“She went in to return something and—the next thing I know—she vanished,” husband Frederic Sims said. “Honey, if you see this, please come home. We miss you.”

“It’s not uncommon to see shoppers go missing this time of year. With bookish Ivy League blazers and ditsy floral dresses, the Resort 2020 Collection marks the most eye-catching season on record,” Roseblatt went on. “At this time, we believe it necessary to prepare her family for the worst. In an ecosystem home to top-quality denim, effortless tees, keep-forever bags, hauté jewelry, and compliment-worthy ankle boots, it is likely they may never see their daughter again.”

Authorities are cautioning those who plan on venturing to a Madewell location to alert someone where you’ll be, always carry a directory, and exit before lights go out.

Update: After finding Sims with her arm wedged between a velveteen jumper and ruffle-neck pullover sweater, emergency personnel determined they would need to amputate.

“Inspire imagination in your kids as they take on the role of a merciless real estate tycoon,” spokesman Frederic Sims said, noting that children ages 6-8 will have a blast learning firsthand the systematic oppression of the lower class by removing aging pieces in LEGO housing projects and installing refurbished blocks in the new Tenderloin Sky View Lodge LEGO Apartments.

Related: San Francisco Parents Fear Son Will Be Discriminated Against For Being Mainstream

Sims added the new set would teach causal reasoning as kids build a LEGO Trader Joes next door to a locally owned Gus’s market and in doing so absorb their clientele, forcing them to sell you what remains of their pathetic family venture.

“As your empire grows to the Mission, watch their problem-solving ability flourish by authorizing police LEGOS to toss LEGO tear gas canisters and dissolve the residents futile rent control protest,” Sims raved. “Then as their vision comes back, let them observe as you decimate their childhood homes with the new LEGO wrecking ball crane.”

“Instill leadership skills when your kids blackmail government officials at LEGO city hall to expedite building contract approvals,” Sims said. “Pull the strings on your political puppets and taste true supremacy, all while stimulating creativity in your young ones’ developing brains.”

“Complete the experience with LEGO tents and garbage can fires where former tenants can longingly gaze in unaware that your LEGO character is getting off on their suffering, making the affair your having with your LEGO assistant even hotter. Your LEGO wife will be home in ten minutes, but you don’t give a shit. This is power. Whatever you want, you take. Nobody can even fuck with your LEGO empire.” Sims said, slamming his fist on the podium.

Sims concluded his presentation by imploring children to grind former tenants homes and dreams into dirt, use it as the foundation for their LEGO real estate conglomerate, and to keep small pieces out of the reach of toddlers. 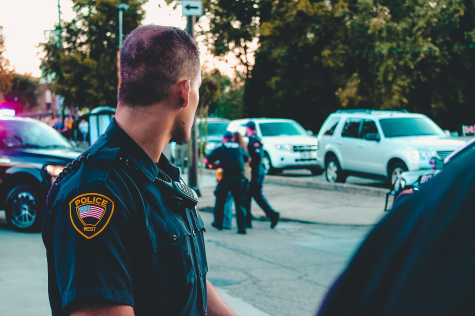 “Reports indicate the crime was pre-meditated and carried out by members of the notorious 1st Grade Daisies on the 3rd Grade Brownies to claim territory over the Crown Valley Starbucks cookie tabling location,” Police Chief Frederic Sims said.

“At approximately 16:00 hours, while learning the value of a dollar and merits of teamwork, the Daisies cornered the Brownies, demanding a cut of their profit and badges. A vicious brawl immediately ensued, resulting in 4 boxes of Tagalongs damaged beyond repair.”

One mother supervising the junior entrepreneurs is reported to be in critical condition after being shot point blank by a spray of frozen Thin Mints.

The felons—Sally Marie, Olivia Grace, and Hannah Jane—were apprehended in the getaway vehicle, a 2012 Honda Odyssey, and are currently awaiting trial at Orange County Superior Court where a jury will preside over their permission to go on the winter ski trip.