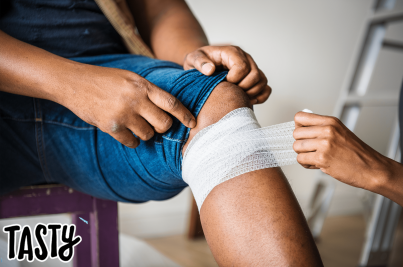 “We want to bring you the quickest surgery videos possible,” said Tasty C.E.O. Liane Weintraub. “Whether it be a routine cast removal or a triple bypass heart surgery, our goal is to bring the average Joe simple, homemade surgery tutorials in 60 seconds or less.”

Related: Gordon Ramsay To Teach MasterClass On The Art Of Verbal Abuse

Instead of presenting the steps to bake a mouthwatering soy braised brisket, Weintraub aims to use the same trademark, overhead shooting style to educate viewers in locating a vein to administer some homebrewed anesthesia.

“Our food recipe videos were a hit because they gave an inexpensive alternative to eating out. We believe Tasty Surgery will go viral for the same reason. Why waste thousands of dollars at a hospital when you can just as easily perform that colonoscopy on the comfort of your own dinner table?”

Tasty reportedly has plans to expand to gun assembly and forensic analysis videos by 2021.

1 thought on “‘Tasty’ To Expand To Homemade, Instructional Surgery Videos By 2020”